Exterior of The Station, with mural by Anthony Baldino. 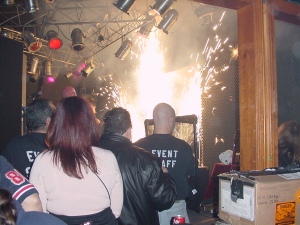 The first of four photos described in chapter 12 showing pyro ignition sequence at The Station. 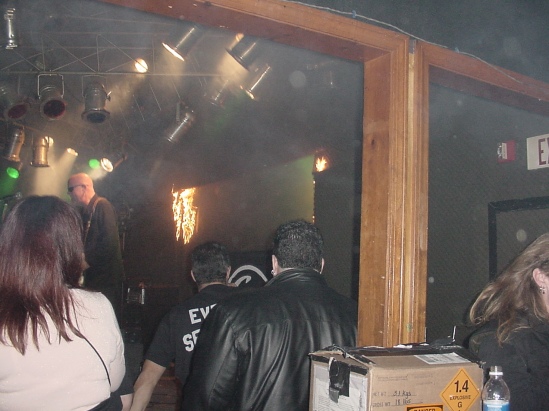 Fifteen seconds later, the gerbs have burned out and flames are visible on the corners of the drum alcove. 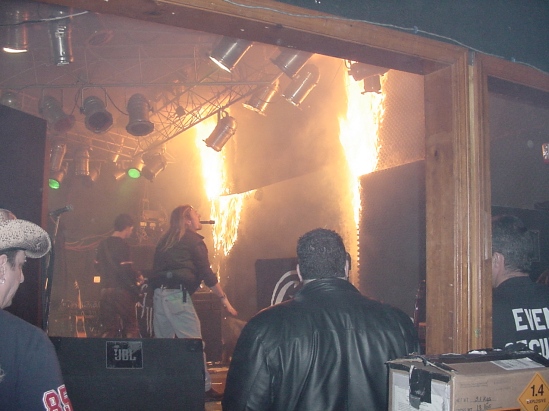 Flames now roar up walls at both corners of the drummer’s alcove. 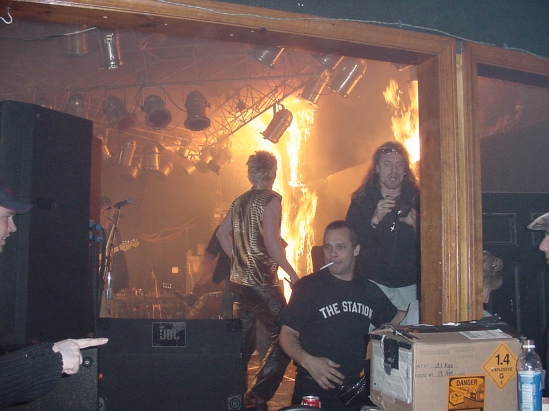 Fire now flanks the drummer’s alcove, from floor to ceiling. Note the cardboard box in foreground labeled “DANGER” and “EXPLOSIVE,” in which pyrotechnics were transported to The Station. 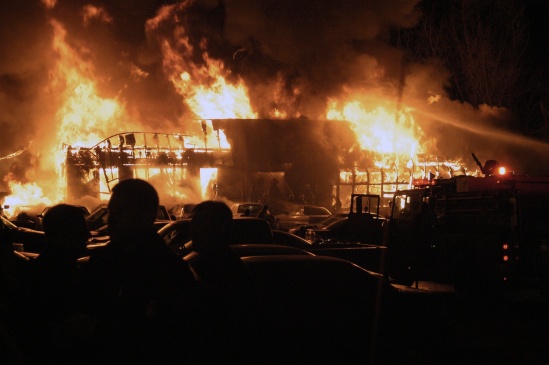 Minutes after pyrotechnics ignited foam on the walls, The Station was fully engulfed. Firefighters use a hand line as they extricate victims from the front entrance. A master stream is directed at the blaze from the right. 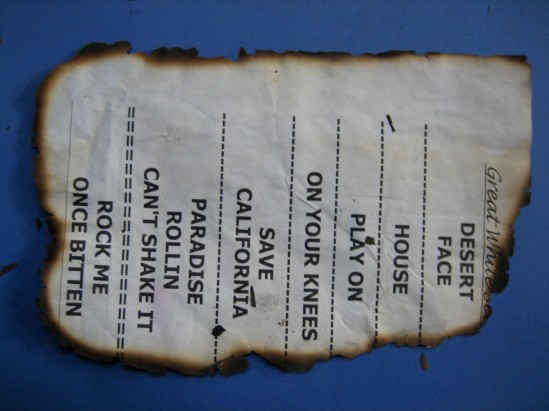 Set list for Great White tour, recovered from the ashes of The Station. 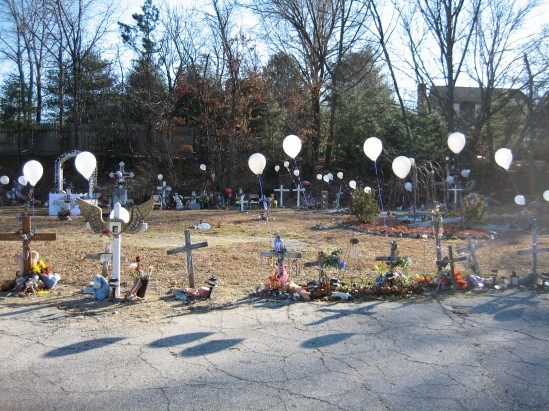 Memorials at the Station site. 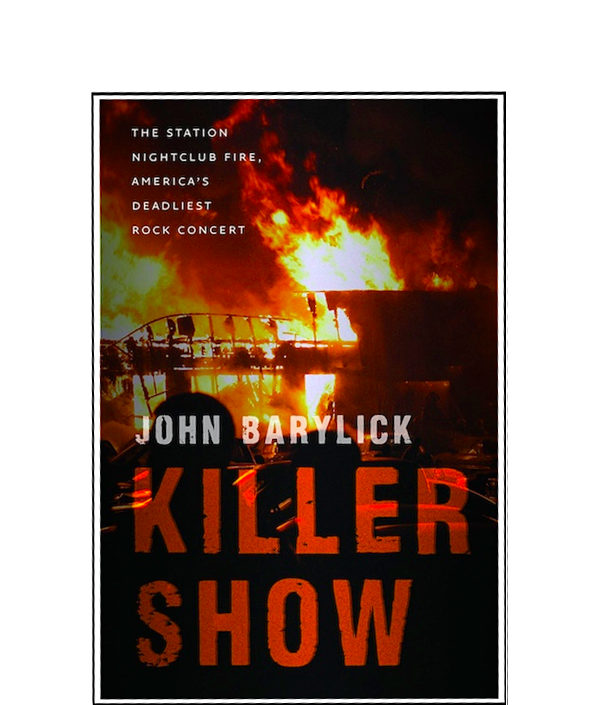 "Great storytelling...a testament to the strength of the human spirit. Barylick has created a modern cautionary tale that will take your breath away."

"KILLER SHOW is as good an anatomy of this type of crime as you’re going to find....”